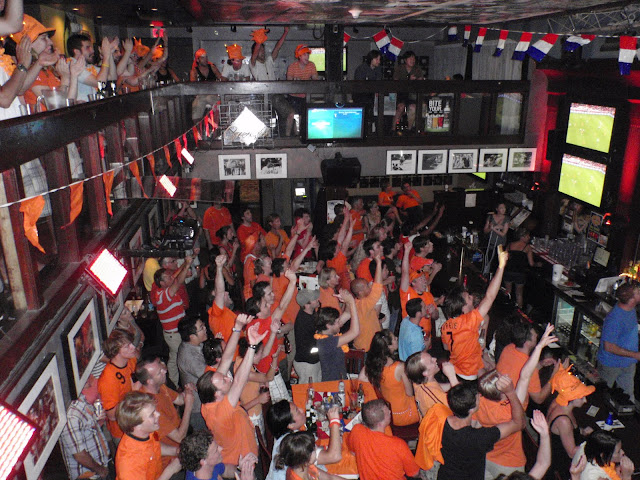 ...glad that the Dutch won? (as is on the front page of the Metro newspaper). it took tims explanation for me to understand that it is a funny word play: or arent you happy that the dutch won? so that was my first soccergame in a boston cafe together with all the other bostonian dutch..
as the article says: "after decades of failure, the netherlands is just one game away from world cup glory" and: "the Oranje celebrated heartily after the victory. television shots showed similarly raucous parties in the netherlands" (should i inform them about the S missing?).
anyways, it was fun to observe all these dutch people, unfortunately all the pics i took were rather crappy. and i am pretty sure the dutch here did not go as crazy as the dutch back home. in fact, it was a little lame... :) now i do have to get an orange tshirt to watch the finals in! (i was one of the few not wearing an orange shirt; although there was some orange in my new skirt!).
Tweet
Pin It
Labels: the netherlands
Posted by CaT at 9:48 AM