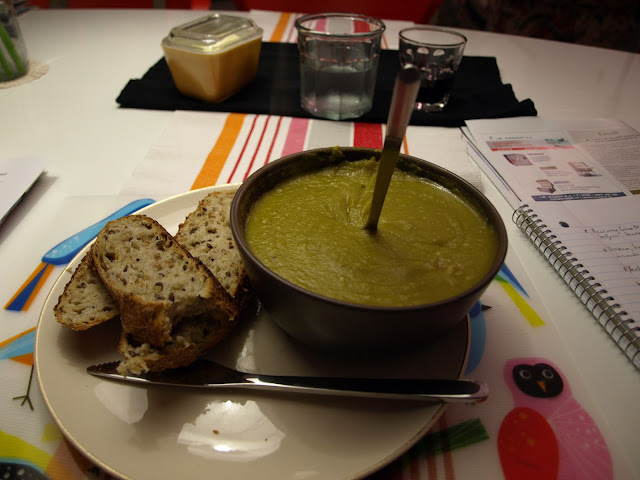 finally, i try to join theme day! somehow i always forget. either we are away, or suddenly its the third already.... theme day reminds me that time is going so fast, too fast. while at other times it goes so slow....
this month the theme is "creative artisan". artisan is a funny word. i guess i have mentioned it before, but here in the us i noticed its on a lot of expensive products in the supermarket. fancy breads, cheese, etc. often accompanied by the words "old world", "european", "according to ancient recipe", etc etc. it always makes me laugh.... i tend to avoid foods with those words..... as i posted before, i started baking my own bread about a year ago, and we havent bought any bread from the store ever since (except when on holidays). and am i glad! most of the american bread is horrible in taste (what taste..?), or crazy expensive (and still not that tasty...). at least around boston; recently we had some real good bread on the west coast during our road trip!
but... i dont feel like an "artisan" when baking bread. i also dont think its science, although many people seem to approach it like that. ooh, when baking bread you have to be super precise, you have to weigh everything carefully, the dough has to be at the exact temperature, and only then you will get a good, tasty loaf of bread. thats just funny... people have been baking breads long, long before there were scales or thermometers.... oddly enough, i do feel sort of an artisan, and even a creative one when i make soup. while so much easier than making bread, the process of making soup seems artisan to me. throwing some herbs in, some vegetables, some spices perhaps, letting it cook slowly for hours, adding some more (while its actually just all the stuff you want to get rid of!!). and guess what? i actually dont really like soup. i just like the process of making soup (and the immersion blender afterwards!!). so, above some homemade real dutch split pea soup (its real because the spoon can stand in the soup, meaning its very thick, as this type of soup should be), together with my favorite sourdough seed-bread, fresh from the oven.... isnt it old-world? artisan... ? ;)
(i have been taking pictures of my food the past weeks, since tim was away for 3,5 weeks. every now and then i would post them to his facebook-wall, to show that i was indeed still eating healthy while he was away (and ofcourse, to show him what he was missing....). this was one of them).
here you can find all theme day participants!
Tweet
Pin It
Labels: food, theme day
Posted by CaT at 10:24 PM

You made a perfect picture and the spoon right up is excellent. I must admit, I don't like "Erwtensoep", but the bread I will eat.:)

Fabulous. What a skillful artisan you are. Wonderful home cooking.

That looks good - especially your bread. (I've found our West Coast "artisan" breads are usually very good.) I never cared for split pea soup much but had some peas and decided to experiment. I added garlic, fresh ginger, and garam masala. Best pea soup I've ever had.

Great post, CaT. I think artisan has come to mean "silly expensive." And, you are right, bread baking is not a strong skill in this country. This meal looks perfect! If Tim doesn't come back soon, I will have to go up there to eat his share!

I love your comments about what 'artisan' means here in the US. I think you are spot on. As for bread, well, you are right there too. Sometimes the best food is a simple loaf of bread. Few people bake bread any more and I''m happy to 'meet' another baker :-)

Nice choice for the theme!