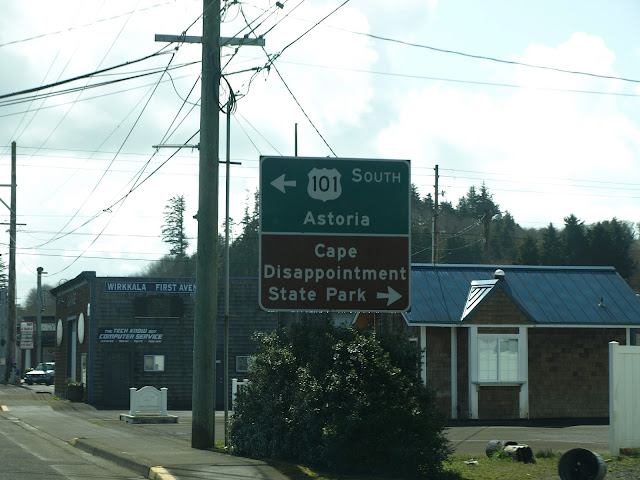 when we drove through washington state, we passed by cape disappointment. of course, we didnt want to be disappointed, and decided we should go there for lunch. but.... it turned out to be a disappointment after all. we couldnt park anywhere without a permit, and we didnt have a permit.... :( but at least i now know that there is a place called like that!! wikipedia gives 2 reasons as to why it may be called like that, and it also mentions that its one of the foggiest places of the usa. when we were there it was bright and shiny!
so far, this week has been a disappointment, too. i am sick... :((( it started saturday with a bit of a throat ache, which turned into high fever overnight... now its mostly fever during the night, and ache everywhere all times (ears, throat, nose, muscles). buhuhuhuhuhuhuh.....!!!

Poor you, I thought you were on a roadtrip again... But this is bad and a disappointment indeed. Strange names they have in the US sometimes.
Hope you feel better soon.

Rest up and let time and rest work their miracles on you!

Ride it out - I hope you feel better very soon. Drink lots of water.