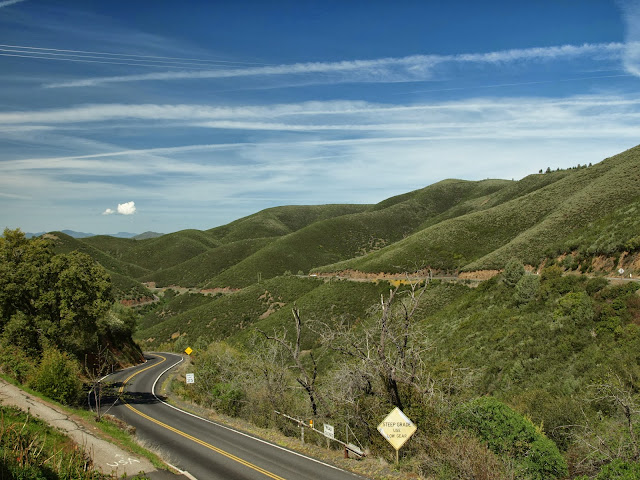 ...is not in the netherlands!! this was back in march, on our way to yosemite in california. it was such a beautiful ride!! here we had lunch in the hot sun, and that one little cloud just kept hanging there, haha. we took a little too long during lunch and arrived in yosemite pretty late (but still had a nice hike there. just too bad that we left the park while it was dark).
yesterday we again wanted to go to the cinema here in amsterdam. and again didnt go, since it was... yes... raining again! taking public transport takes too long, and sitting in the cinema all wet from biking in the rain isnt fun either. maybe next week... so different from the us, where we wouldnt even have to go out, but just had to walk down to the garage underneath our apartment, hop in the car... (i once walked home from the cinema there; it took an hour....)
Tweet
Pin It
Labels: california, road trip, things i miss
Posted by CaT at 6:20 PM

The comparisons between Boston and your new digs are so different in many ways. How has the transition been overall? Have to tell you that I got inspired, just mixed up a batch of bread to try in the iron skillet tomorrow. I'll let you know if it even comes close to the one you posted weeks ago.

Too bad you missed some of Yosemite in the dark - but much of the region around it is beautiful, too, so you probably had a chance to see some of that at least!