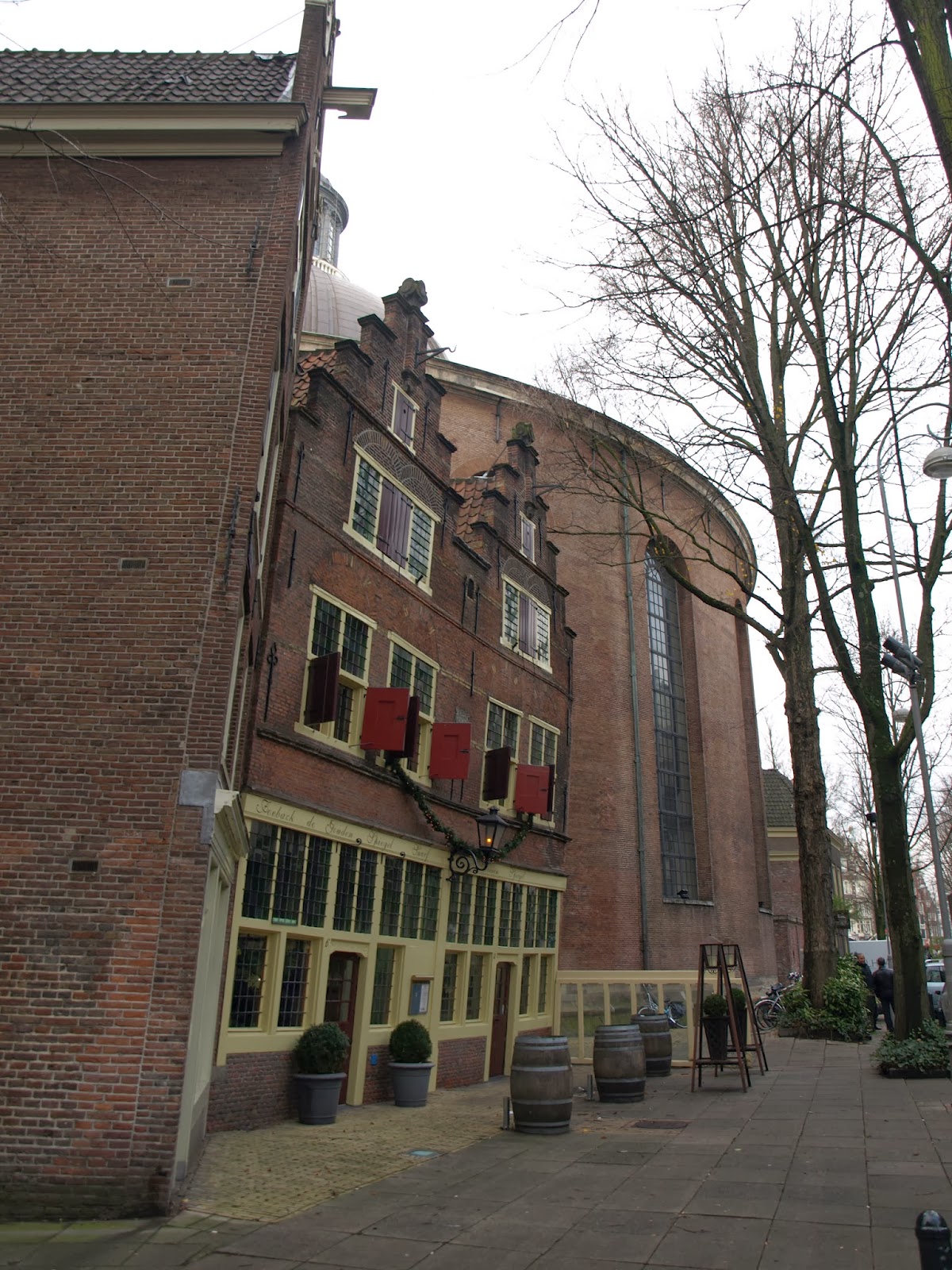 in amsterdam (but also in the older parts of other dutch cities), you see a lot of houses like above. leaning forward. sometimes they almost look as if they are about to topple over, on top of you while you are watching, wondering what happened....?
interesting thing is, its not because they are old and in their age started to tilt forward and forward, every year a little bit more (although sometimes that actually is the case). no, its because the dutch did it on purpose. practical as they are... staircases are often very steep and narrow, so often stuff was moved into and out of the house through the windows. on top of most old houses is a hook, so that you can attach a rope and pull stuff up to the desired floor (if you look carefully, you can see the hooks on the top of the house above). the tilt now comes in handy; there is less chance that the lower levels get damaged by the dangling stuff thats being pulled up. another reason is possibly that the facade of the house is protected (at least a little) from rain when its built like this. finally, its thought that it was done on purpose because the top of the house was usually the most ornamented. by building the house tilted forward a little, more emphasis was put on that piece of art.... and ofcourse, building houses like this comes with another example; each upper floor has a little more space, if even just an inch!!

Tweet
Pin It
Labels: amsterdam streets
Posted by CaT at 1:36 AM

Some of them really look like they could tumble forwards any moment.

I have heard those explanations before, but this building looks like it has an extreme tilt. I hope it doesn't tumble . . .

That is really interesting! I wonder what an American engineer would think of this.

You are full of interesting information today!!~