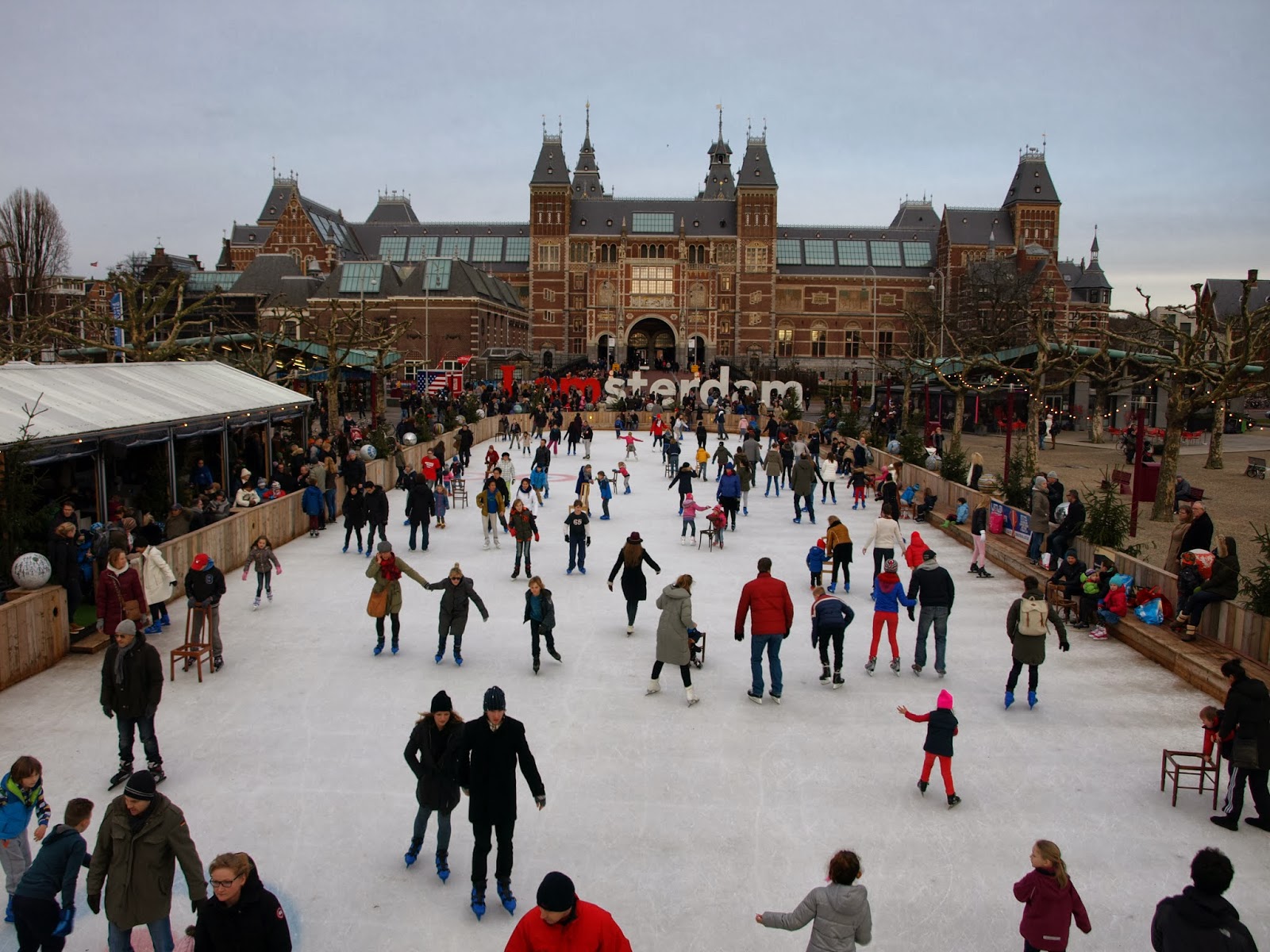 just a few days ago i showed you this picture with the white bridge. and the above picture is taken from that bridge. doesnt it look lovely? the museum in the background, the I Amsterdam sculpture in front of that, and lots of people having old dutch fun.... i know biebkriebels and sccollections already showed similar (or the same!) pictures, but it was just too nice a view not to post it.... (good tim doesnt have a blog... ;) ). sccollections compares it with the old dutch paintings of people skating, and shows one for comparison. it was also the first thing this reminded me of.
the weather currently is a little confused! its almost springlike. when we went for a run on monday it was much much warmer than we anticipated. we could have left the running caps at home for sure, and a short sleeved shirt would have been better too.... but, temperatures are expected to drop coming week and we might even get some snow.... (i will believe that when it happens...)
Tweet
Pin It
Labels: amsterdam, photographing strangers
Posted by CaT at 6:20 PM

This really is beautiful. The pops of color on the skaters are wonderful.

What a great pastime in a storybook setting.

The picture is to good for not posting it. We have the same problem with going out together often making the same pictures. But I think we both have our own followers, maybe a few common, but so what, it is your picture anyway. So don't feel discouraged. The scene was so nice for a photo and standing on the bridge you had a great look.

This looks just like an old Dutch painting of skaters on a pond. It is lovely.