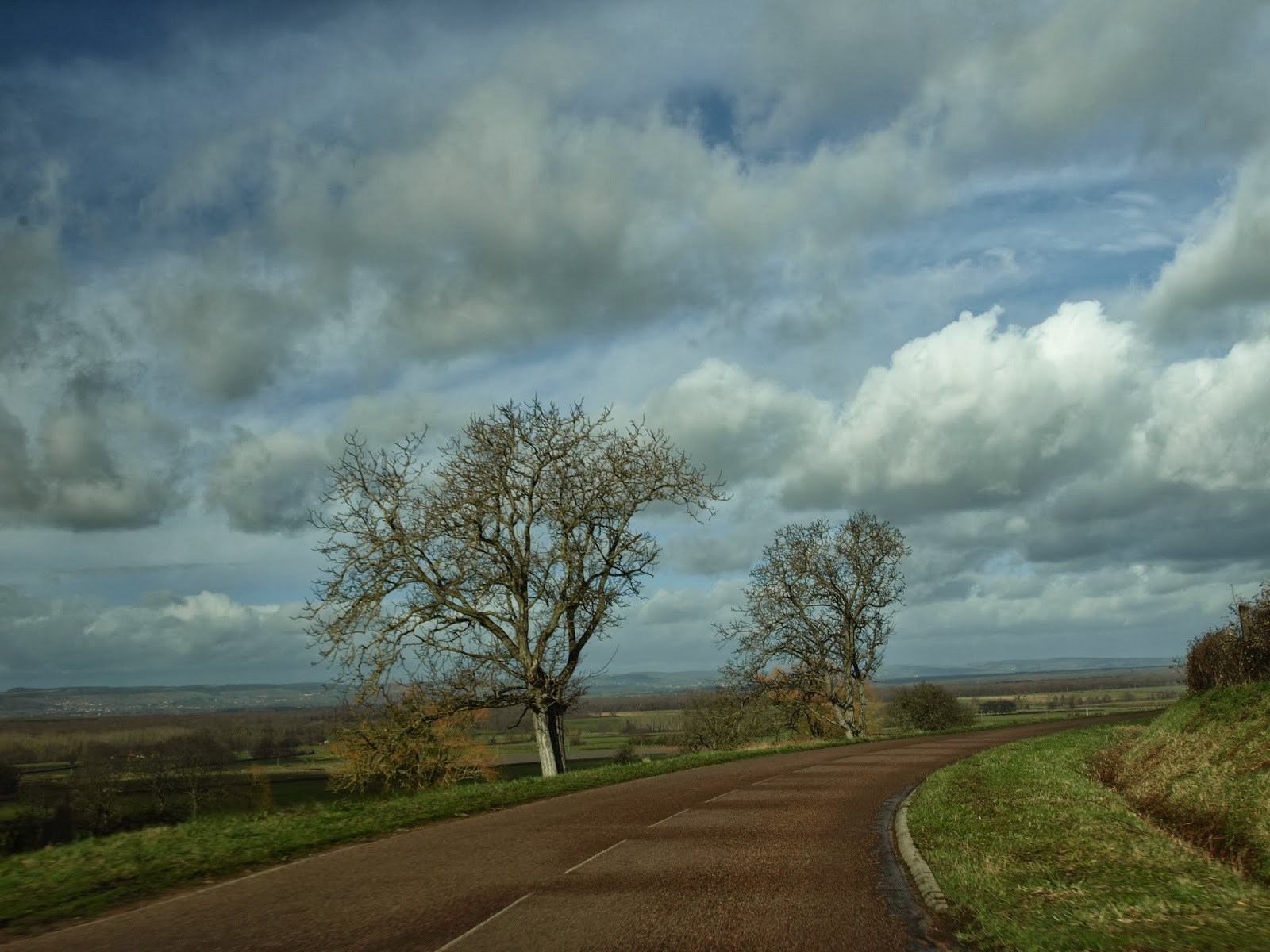 so... last friday we left for france in the evening, and arrived at tims parents somewhere around 3 in the night after an 8+ hour drive..... (beehhh! it was boring and dark). we had brought our running shoes, so on sunday we decided to go for a run.... whereas in the usa i found running outside much more difficult than on a treadmill, i discovered in the netherlands that running outside is actually easier. in france i realized whats the obvious reason for this difference; the netherlands is flat! in amsterdam we never have to run up any hill. its flat, flat and flat... in france it wasnt flat at all.... pfew, that was not easy! whereas i felt i was cheating when running downhill, it was hard not to just give up when running uphill. but.. the views were stunning and the silence amazing.... as you can see above (actually taken while driving, not running!)
Tweet
Pin It
Labels: france, while driving
Posted by CaT at 5:52 PM

I love this shot! It's a beautiful scene and I love the clouds and softness of the colors. Bravo!

This is a BEAUTIFUL photo, CaT. You should come to Florida if you want a flat place to run. Florida is a very big state geographically, but the highest point in the entire state is only about 100 feet high! Flat, flat, flat.

in Florida we ran from one waffle house to the next :)

Well it is worth to run up a hill and admire the view you have.You always go down again.