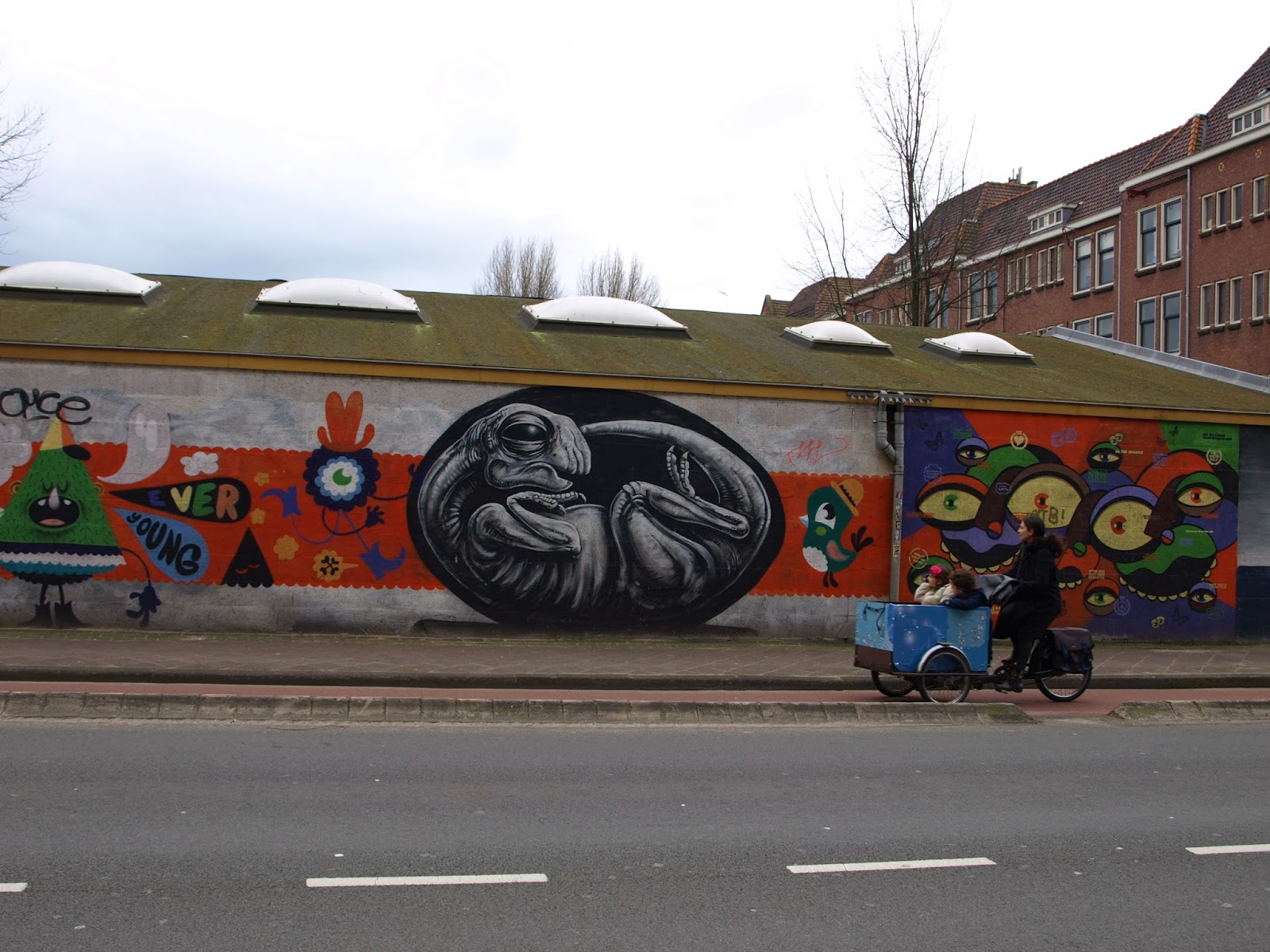 even though we could not find a signature, we recognized this baby dinosaur as most likely made by ROA, whose murals we also saw in miami and a deserted place in california (a picture i still have to post). ROA is originally from belgium, but he has been all around the world to paint the most amazing murals... i like the mom with the 2 kids in the "bakfiets", all 3 looking at it...
yesterday they announced obama will visit amsterdam while he is in the netherlands for the nuclear security summit in the hague. just now we watched some program where they interviewed some american tourists in amsterdam. one lady mentioned that perhaps obama would be disturbed by all the graffiti we have here (indeed, we have a lot more graffiti, lots of ugly graffiti too, than boston for example). and 2 young girls said that they didnt like they have to pay for everything, even for a glass of water (thats true, and i also miss the glass of water you immediately get in an american restaurant).
Tweet
Pin It
Labels: amsterdam, amsterdam streets, graffiti, photographing strangers
Posted by CaT at 6:07 PM

I am not a fan of graffiti. Some call this "street art" instead. Amsterdam can keep it.

That is a nice one for sure. You don't see these often in Amsterdam. At least I have never seen one.

This is better than most.