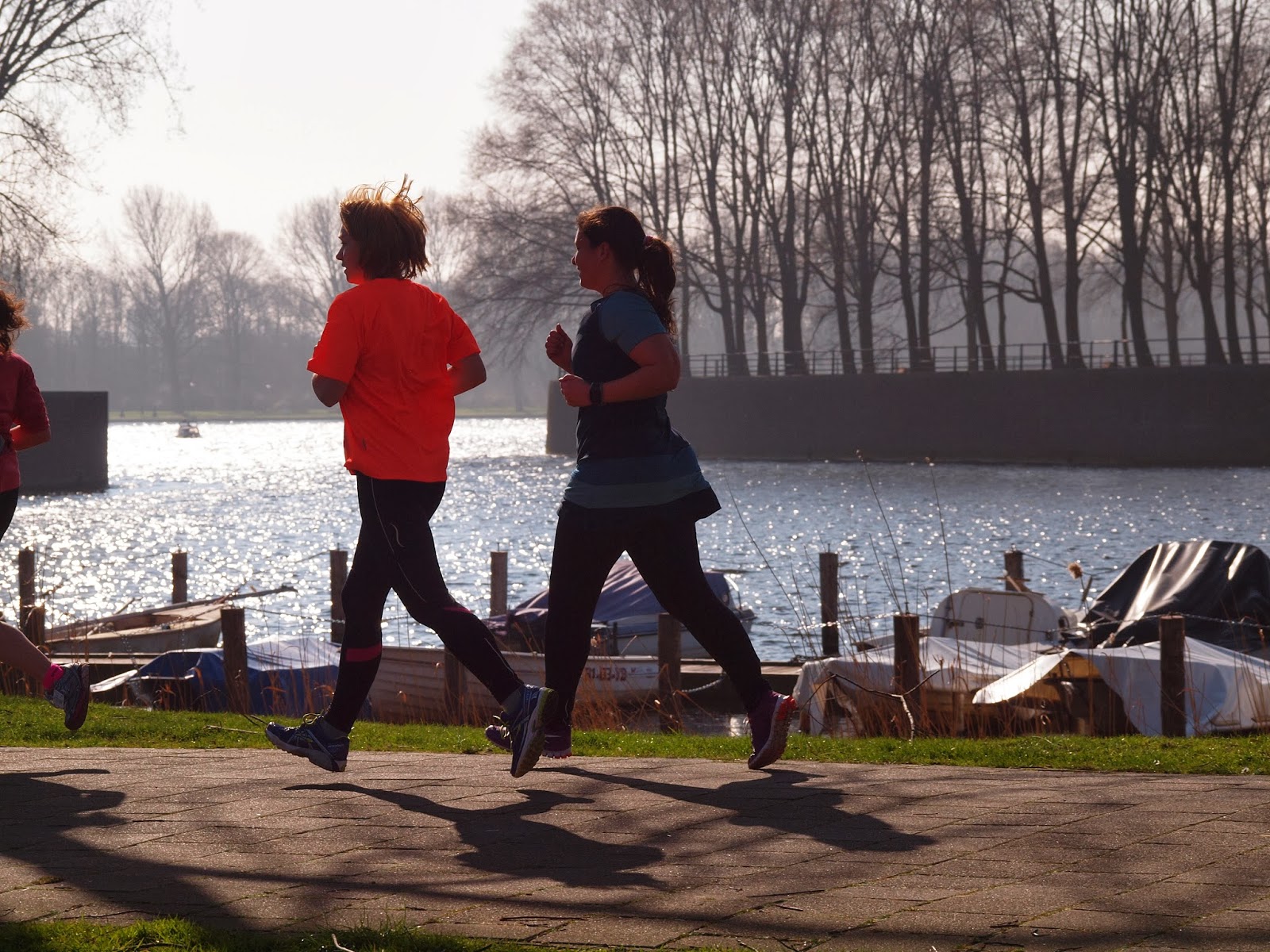 it seems almost impossible to believe, but today the weather was even better than yesterday. and today i had signed up for an official run!! 7.5 kms. i was a bit nervous... since a while, me and tim do runs of 10 kms every now and then, but then its not official. since it was international womens day yesterday, this run was only for women. that was only a tiny bit comforting. and it meant twice as many cute outfits i had to compete with. nononono! it was a running competition, not an outfit one..... ;)
above you see me in blue (but with purple running shoes; they are the best!!) and my friend in orange. i finished under 50 minutes (as you can see here), and i was happy with that. many were much faster than me, but i already ran faster than i normally do.... and while tim came home this morning after his 2nd of 3 night shifts, he went with us, and followed us by bike along the course. several times during our run he would bike past us, and then i would suddenly see him leaning against his bike, taking pictures. after which he would jump on his bike again... so if not for the race, i had to keep running for those pictures!! (how romantic is all that!! no?) afterwards, seeing those pictures, made me think of this, or this.... i most certainly need to practice a bit more.....
after that, tim really really had to sleep and i just enjoyed the sun on the balcony..... :)
Tweet
Pin It
Labels: amsterdam streets, CaT, self portrait, tim
Posted by CaT at 6:05 PM

Don't you look healthy and athletic! Good for you! (Your purple shoes don't show up well on my screen but I'm still suitably impressed.)

This was a perfect day for a run, great you made it! I think you look very well, not like the links you gave at all, although they are funny ha,ha.

That is one amazing photo. The feet are not touching the ground except for one which might just have a big toe touching. It's something that would be very difficult to plan.

it was a beautiful day, so i did not want to sleep anyway!! congratulations you are a student atholete. :D

Good for you. Congratulate Tim for taking a photo at the moment when all four feet were off the ground.