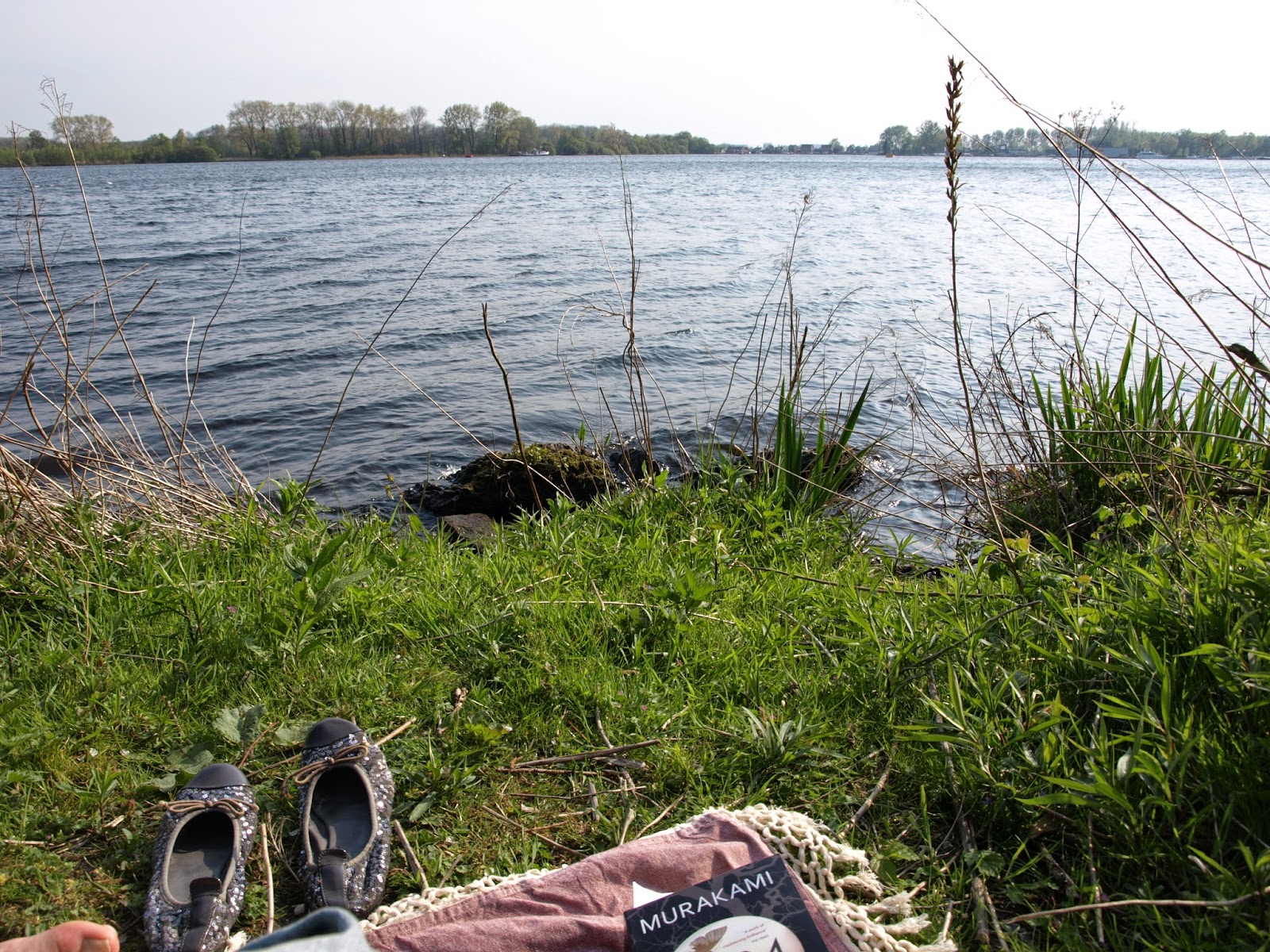 sunday late afternoon the weather was so nice, that we went biking a bit. we biked to the amsterdamse bos (i.e. the amsterdam forest), not too far from our place. i had expected it to be very crowded, as the park next to our house was, but it wasnt. there were just a few people, so we choose a nice spot along the water. this forest is huge, and there are many trails for biking, running or hiking. theres a lot of rowing on the water. and apparently you can swim here as the water is very clean (but it didnt look too inviting to me, and for that its anyways still too cold). its not too far from the airport, so you can see many planes taking off. this year the park exists 80 years! it looks all very natural, but it was entirely manmade 80 years ago. the first part of the park opened in 1937, and in 1964 it was completed. its located in an especially created polder, 4 metres below sea level. ah, and something i didnt expect; its 3 times bigger than the new york central park!
Tweet
Pin It
Labels: amsterdam, bike
Posted by CaT at 3:03 AM

The Dutch are the world leaders in water management. The idea of creating such a big new body of water UNDER sea level is foreign to the way we think in this country.

Looks like you are reading Murakami, he is a favorite author of mine. I finished reading the 1q84 trilogy a while back.

There are places that are below sea level in the U.S. The biggest problems they have with them is they are often not maintained as well as they should be. The Dutch get it: water's not going to stay put unless you keep it out!