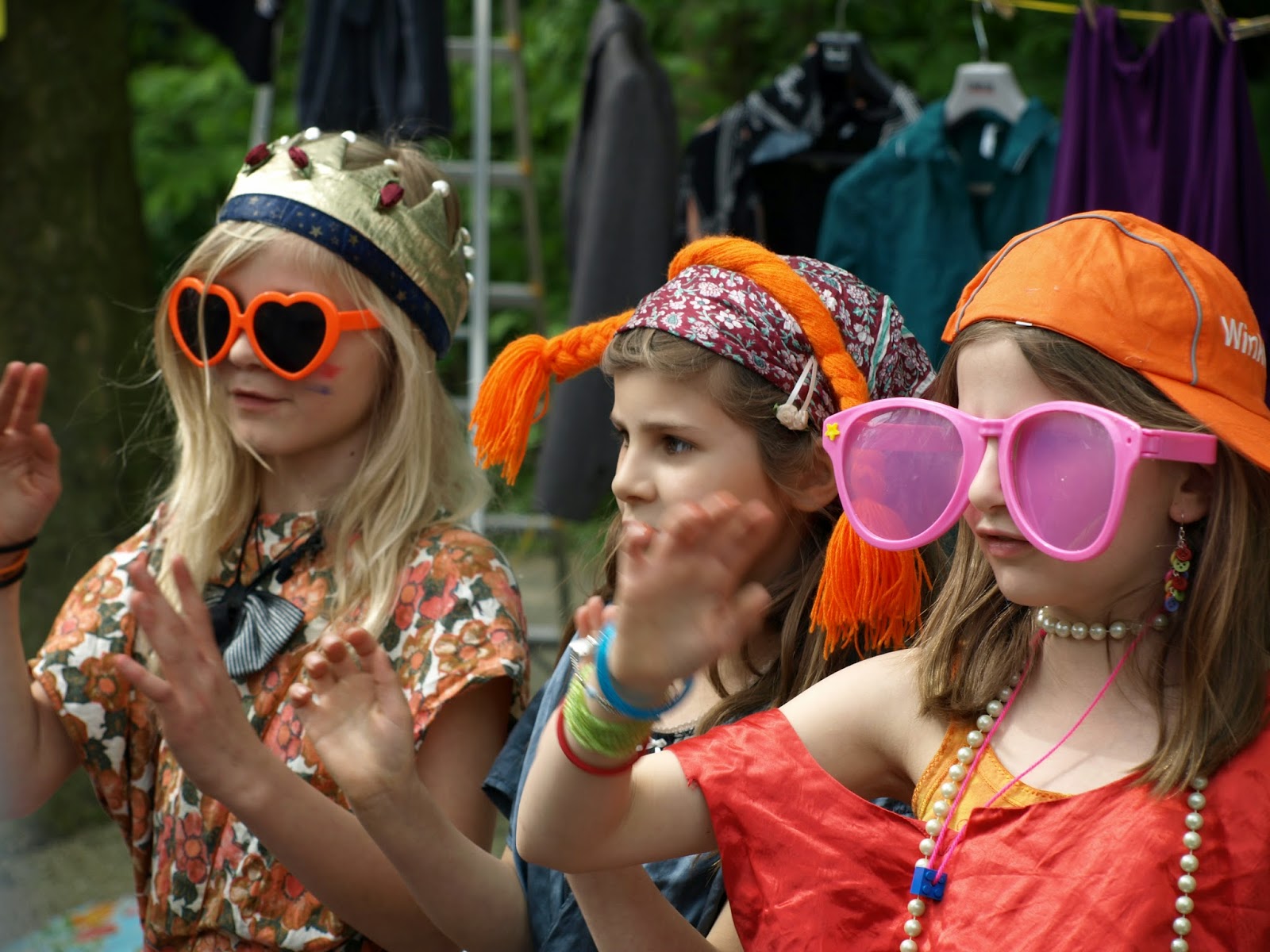 since last year we have a king, and so the traditional queen's day is now renamed king's day (the dutch havent had a king since 1890...!). its also moved from april 30 to april 27 (the birthday of our current king). but... since april 27 is on a sunday this year, we had kings day today; the 26th... complicated, no?
but the day itself isnt complicated at all. you should wear at least something orange (as this is the dutch royal color. the royals are named "van oranje", which literally means "from orange"), you go out and have fun! if it falls on a weekday, it means the day is off (for most people; shops are also mostly closed or only open half days). the day is spent outside; kids (mostly, but some adults too) put all the stuff they dont want anymore on a blanket in the park, and other dutch in need of this crap buy it for not too much money (mostly). many kids do tricks, or play an instrument, or sing songs like you see above, and hope to get some money. its all fun when the weather is nice.... :)
well, the weather wasnt bad at all! and this was my first kings day since a loooong time. we bought some crap from people who didnt want it anymore, walked around a lot, were dressed in orange, and saw the fireworks ending all the festivities!
Tweet
Pin It
Labels: amsterdam, cute, photographing strangers, the netherlands, tradition
Posted by CaT at 5:51 PM

I need a pair of those glasses.

This sounds like a good tradition. My impression is that the Dutch have more fondness for their royal family than many other nations have for their rulers.

Sounds like a combination of U.S. President's Day and a big garage sale...without costumes.