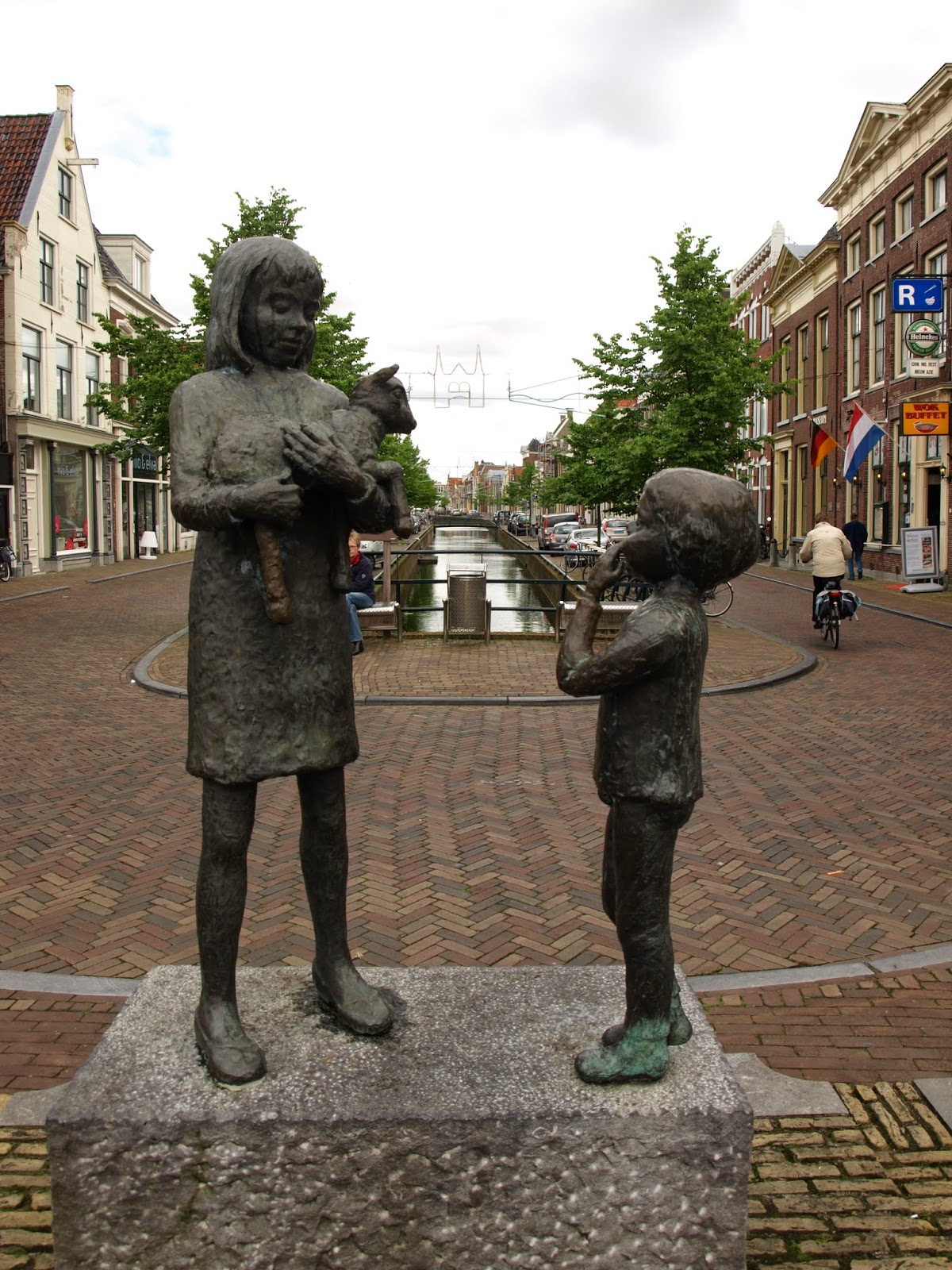 i saw this statue in a city in the north of the netherlands (sneek). as you can see, just like amsterdam it has canals, and cars park next to them.... but i was more interested in the statue. isnt it cute? it was placed in 1981 (the year i was born), and is called "child with lamb". it is made by maria van everdingen and symbolizes the care of and for children.
in 2012, a group of idiots (i.e. some drunk kids) pulled so hard on the girl's arm that it was ripped off the pedestal. they just left it there, so at least the municipality could pick it up the next day to repair it....
Tweet
Pin It
Labels: art, driving around amsterdam, the netherlands
Posted by CaT at 5:40 PM

Equating children and lambs seems to be the focal idea of this sculpture.

Stupid vandals, they have to keep away from art. I see the gate od Sneek in the air above the water. Nice.

It is cute and I'm glad they were able to repair it!

Even the vandals in the Netherlands are polite. They leave the arm after they have broken it so the sculpture can be repaired. What a country!

Drunks tend to do the dumbest things.