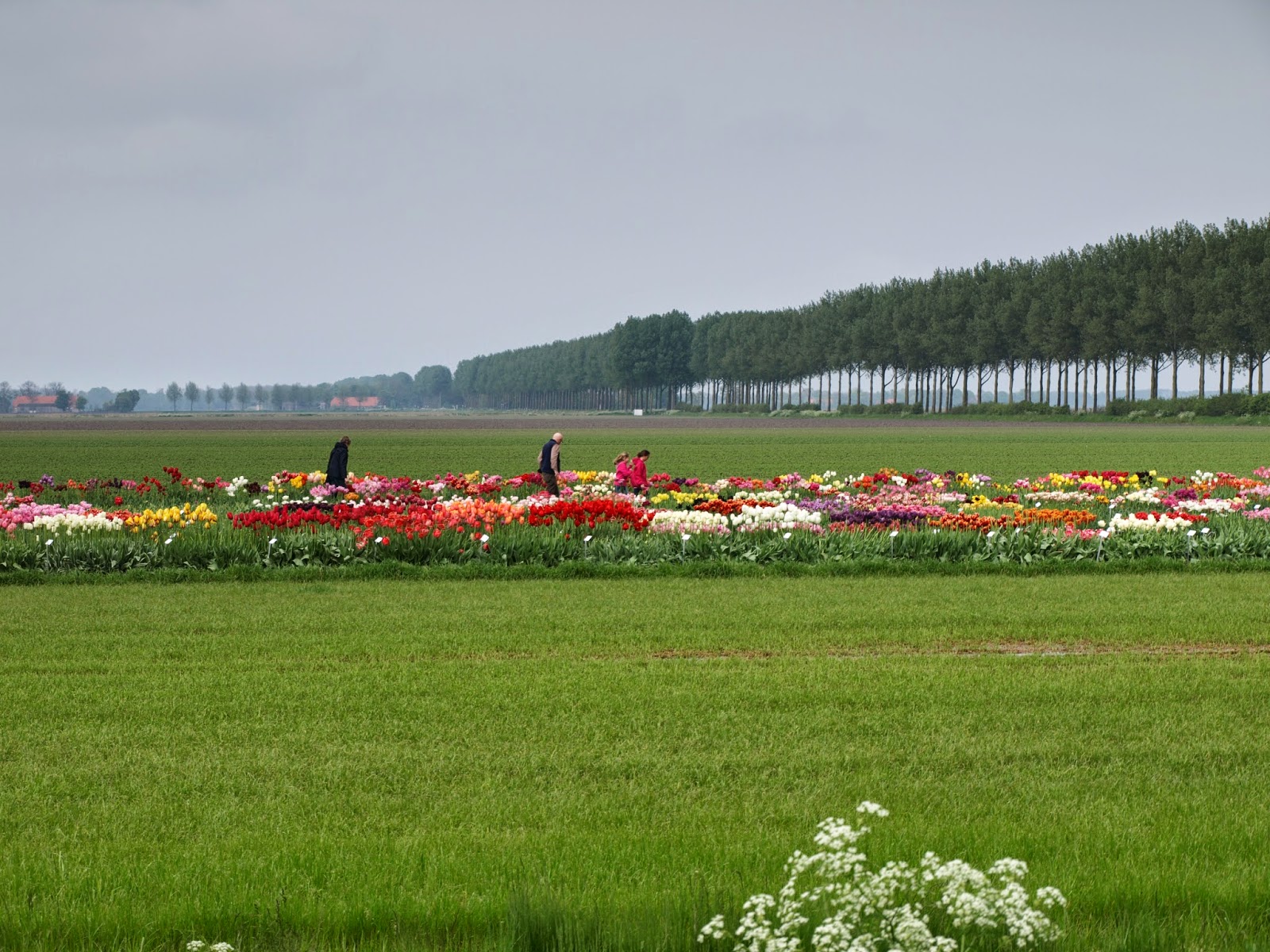 while most of the tulip fields were without tulips, at least the sample field still had quite some tulips (although i think also here about half was gone already). here we walked along many, many differently colored tulips. different shapes, leaves and sizes too. some hardly looked like a tulip anymore. some with simple names, fitting their looks, others with crazy names i cannot even remember. but all of them were labeled, a really nice display! it was a bit wet from the rain and i was wearing fancy shoes, but well....  above you see a coupld with their grand children. the girls kept asking question after question "but why....?" "and why do you think that...?" until their grandfather said: "well, not its enough with all these questions!"
today we had crazy rain too. nearly the entire day it rained without a break. some schoolkids were catching snails in the little greenery downstairs to our apartment and didnt seem to mind the rain. they all had little jars and when one showed us how many snails they got in there, they suddenly all got the urge to show how many they had. for some reason they were moving them to the next green spot across the street.... i hope the snails were as happy about that as they were... (i also wonder whether this project would have made me happy as a kid.... :D a few weeks ago some kids were cleaning the streets, they all got a tool to pick up trash and a bag to put it in. they were running like crazy when they saw a piece of garbage on the street, and very happy when they were the first to get it....)
Tweet
Pin It
Labels: driving around amsterdam, photographing strangers
Posted by CaT at 5:51 PM

Funny those tulips in the middle of a such a green field. I wonder why they make so much different kinds of tulips. A tulip is a tulip though? You can change the colour, but the shape, why?

This is an unusual situation to me. A colorful strip of tulips with greenery on each side. Hmmmm.

I have been wondering. Are you working now? Or in school? Or living the life of leisure?