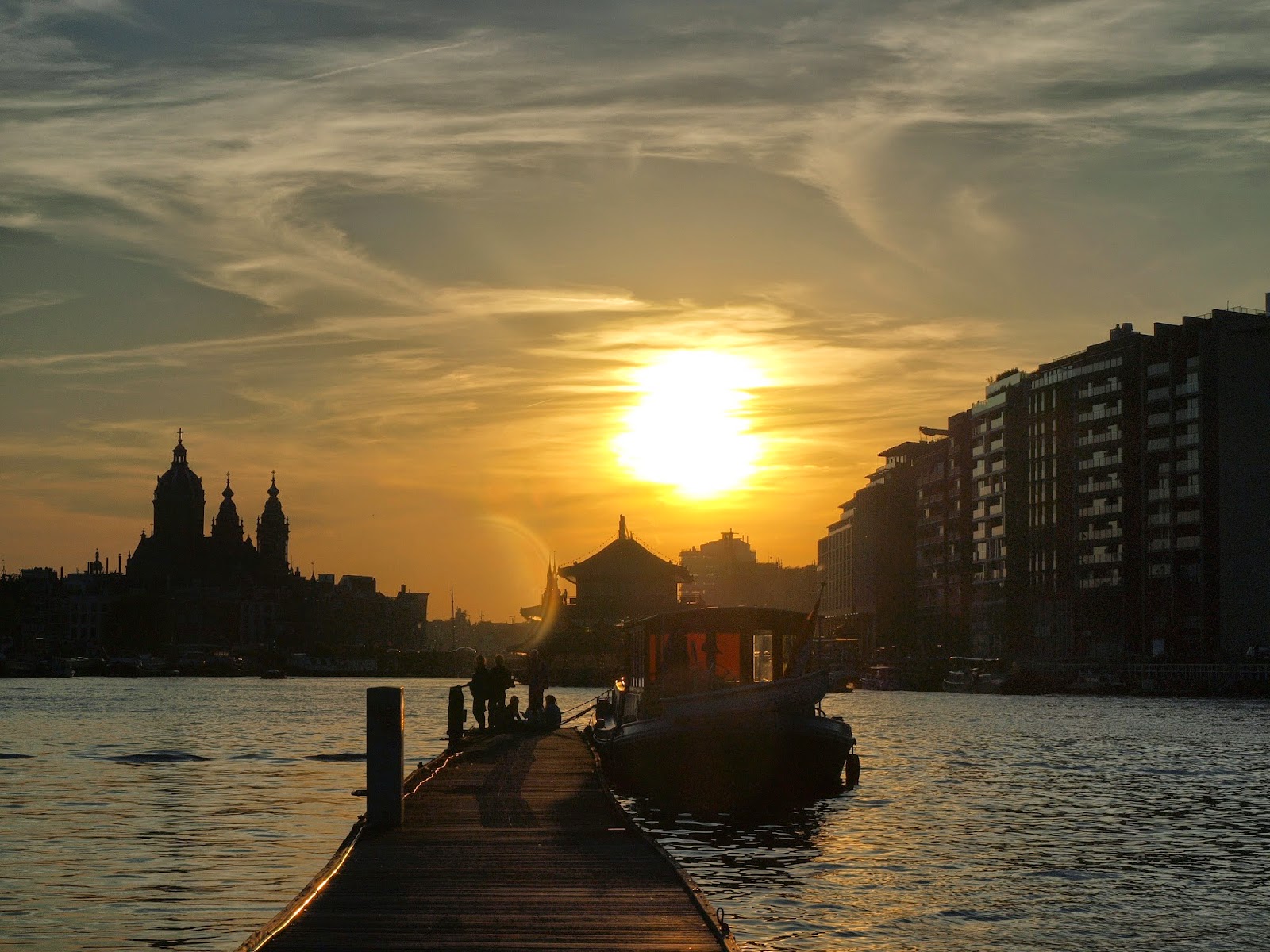 hello again!! we had a nice and quiet time in osnabruck. i took just this 1 picture of osnabruck, and thats it... (even though its a really cute city. but when we were there it was raining too much!) fortunately, we also went to another city where i did take some pictures. during that week tim finished his PhD thesis. its now at the "leescommissie" (i.e. professors are now reading it and if they approve, he is allowed to defend it on the already set date, september 9....!). the past few weeks lots of other stuff happened as well, and my mind was not at blogging.... hopefully the coming days/weeks i will let you know more... :)
first this! above you see amsterdam. this past friday (and the entire weekend, and today as well) the weather was amaaaaaaazing. a colleague of tim invited his on his boat (not the one you see above) and we cruised through the canals of amsterdam. first stop was this pier where we had a bbq and a beautiful sunset over amsterdam. to the left you see the st nicholas church (built between 1884-1887) and to the right a chinese restaurant thats floating on the water. we just sneaked in there to use the restroom, but it actually looked quite interesting. its called the sea palace (but it could as well be a tourist trap, who knows...). anyways, i never had been on a private boat on the canals in amsterdam (as a kid i did do the boat tour everyone should do at least once when in amsterdam), and it was so cool! you have a totally different view and suddenly everyone is nice and waves to you... or was it because we were waving to everyone liked excited children?
Tweet
Pin It
Labels: amsterdam
Posted by CaT at 4:13 AM

For a moment I thought you were in Hong Kong! Nice picture, I once had dinner there long ago with my parents and our little children. They were excited to enter that fairy-tale ship. The food was good at that time.

haha, yes, i also thought it could be asia as well!!
ah, maybe we should try the restaurant once....

I love the sky in this shot. And it certainly doesn't seem to say "Amsterdam" to me!