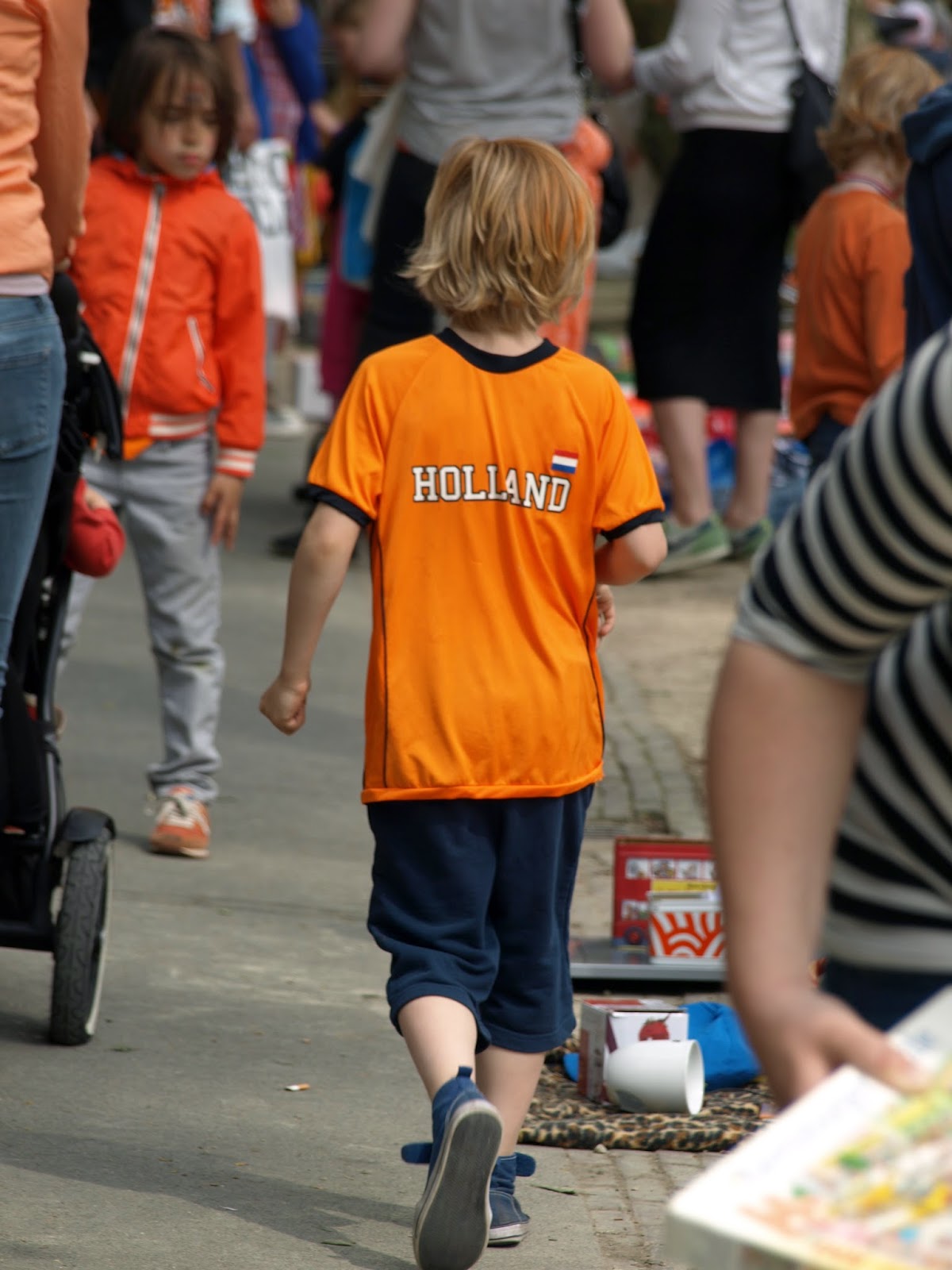 we were away for a few days to a place with no internet. but still in the netherlands.... :) (later more about that). so... we missed the first game the dutch played in the world cup.... no tv either. but.... around us we sort of could hear when there was a goal for the dutch. somehow i did not expect the dutch had won (and with 5-1!), as there wasnt a lot of noise after the game. the next day we continued to wonder whether they had won or not.....
whaha. like this it sounds like i really care about soccer, but actually i dont. we didnt dress up in orange for the game, but we saw many who did (although the above photo was taken during kings day), and many people also decorated their house/and or the entire street... i guess this orange fever will get worse with each winning game...... lets see!
Tweet
Pin It
Labels: the netherlands, very dutch
Posted by CaT at 6:03 PM

I watched the second half of the game. They played brilliantly. Super impressive.

It was very exciting!

Nice shot. He is a young fan with many more world cups ahead of him.

I watched it! It was really worth it although I never watch football. They had a magical winning flow, everything went right.

Good for the Dutch! I'd rather watch soccer than US football but since we don't have tv service it's a moot point...
(btw: now that you've spent time in the US I find it interesting to see the comparisons you make, as with the gas station situation. Nobody's necessarily better or worse, just different.)