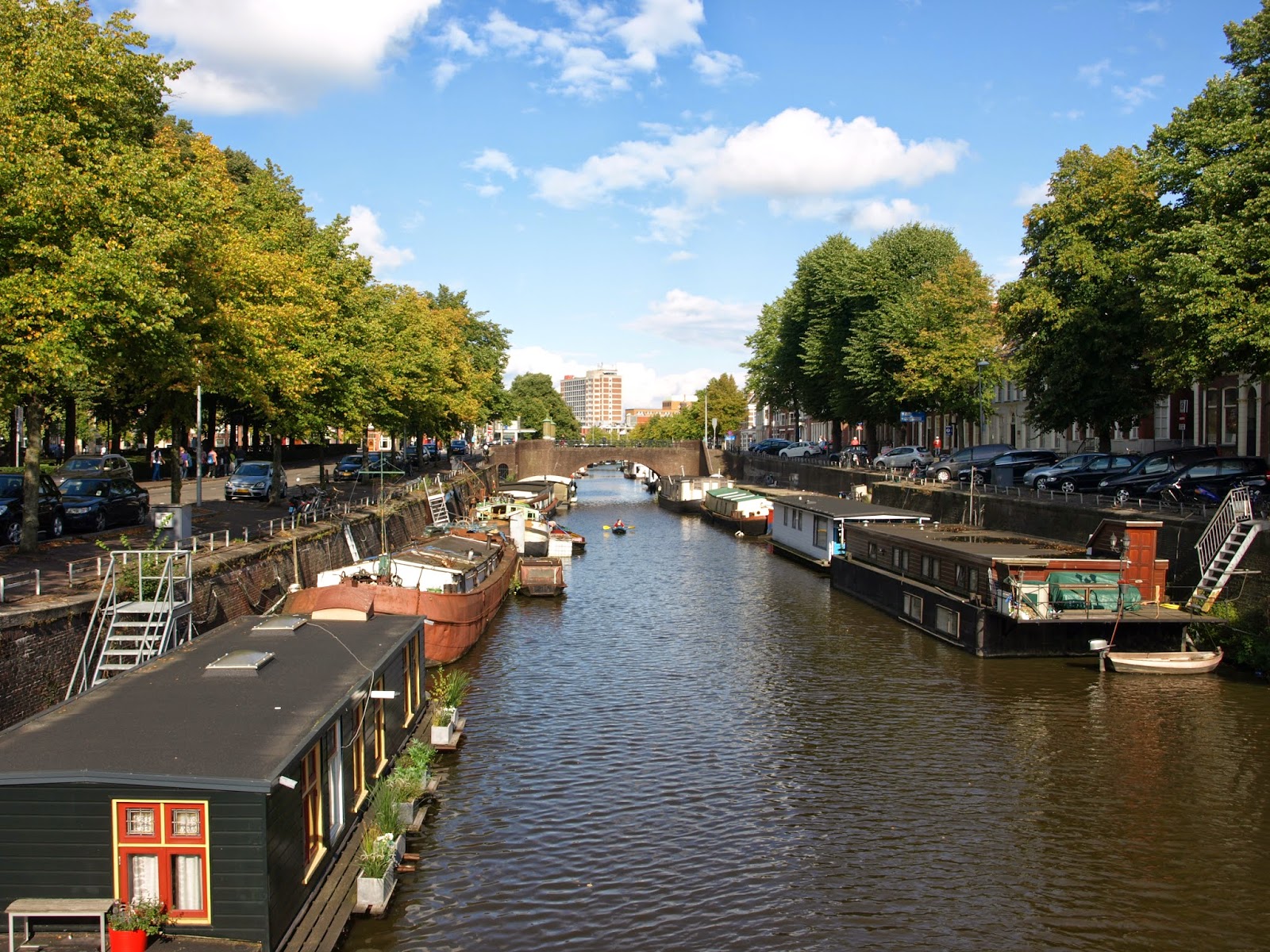 these boats are not for sailing (anymore), they are for living!! some used to be real boats, others arent, and a few still can be used to get around..... this is in a canal in the city center of groningen.
tim also lives in a boat now. but not here! its a bit more outside the center, and there is a real garden, and more privacy.... ever since i visited a boat a few years back, i have wanted to live on one at least once... now i sort of do. in the weekends... :) for poor people like us its perfect; a free standing house!!! who can get something like that in the netherlands?! it moves too, gently (and sometimes a bit more, when large ships are passing through the large canal nearby... or because of the weather). its really a totally different experience, living on the water. its cute to see the ducks all assemble when you get into the kitchen. i guess they want food. and indeed, its very tempting to just throw whatever food you dont want into the water (that actually happens a lot, quite often an onion comes by, or an apple, or a piece of... etc etc). and its fun to see boats come by while you are having breakfast.... its not too big, but big enough (as most of the stuff is still here in amsterdam), and the kitchen is actually bigger than the one in amsterdam. or rather, its square instead of a long, narrow hallway, so 2 people can move around in it..... i should take some pics... next time im there! (this weekend tim is coming to amsterdam...)
Tweet
Pin It
Labels: groningen, home, on the water, the netherlands
Posted by CaT at 4:54 PM

I am surprised at the number of house boats in the scene. I prefer a place built on solid ground.

What an adventure! What stories you'll have to tell.

CaT, this photo is mouth-watering. I love scenes like this. Admittedly, I never had a desire to live on a houseboat, but my daughter was seriously interested in living on a houseboat when she and her fiancé lived in London.

Tim has found a houseboat to live on? Very cool!

I didn't know Grioningen has houseboats too.how nice to live on one so now and then. The water level is very low, comparing to the streetlevel. You have to use a stair to get to the boat.