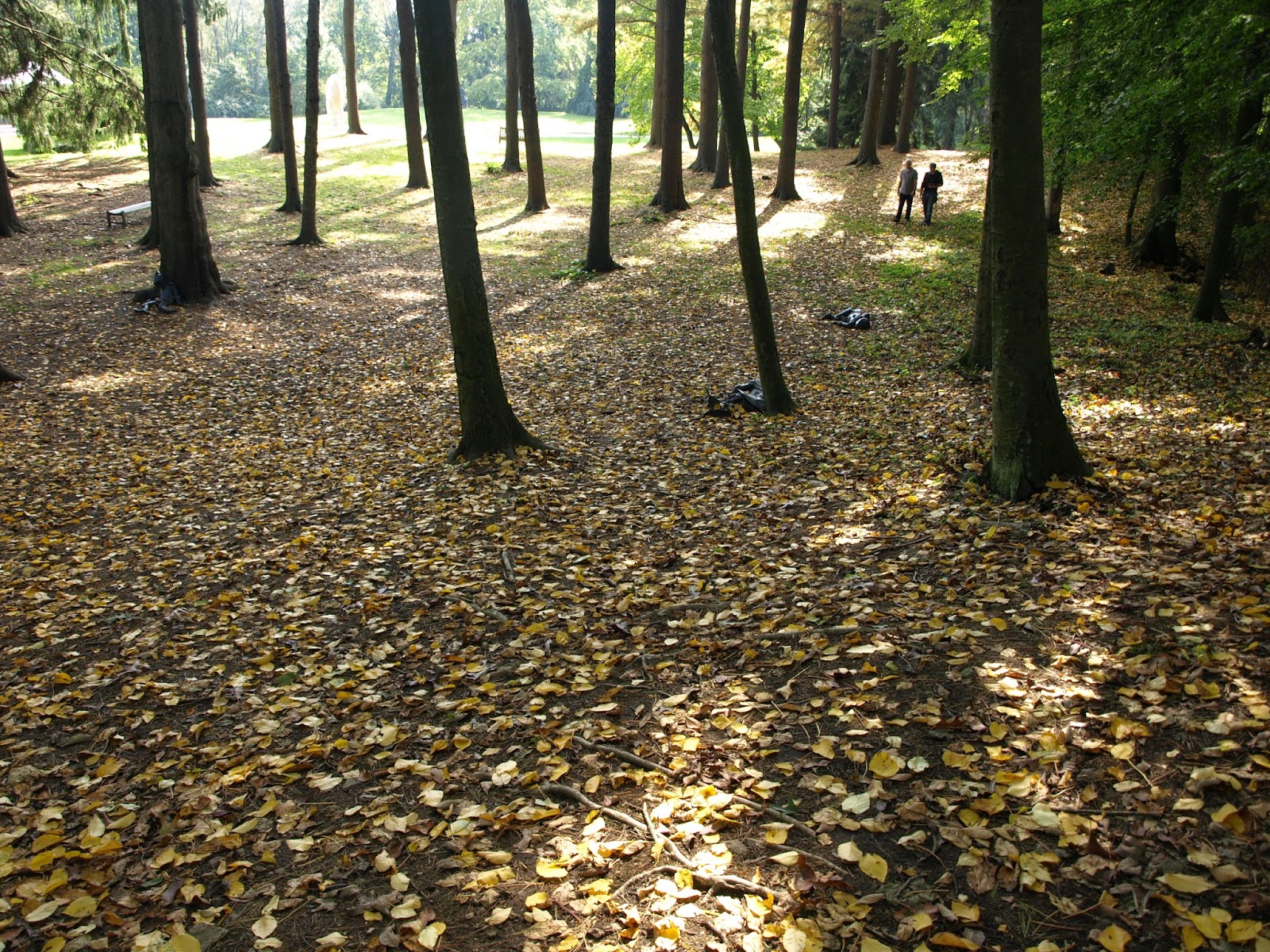 yesterday i was too lazy to post, so tim did... :) that was his picture and text, and this is my picture. we like to photograph in different colors..... the pictures were taken over 2 years ago, in lincoln, massachusetts. it was at the de cordova museum, and the soldier you saw yesterday is part of a 5-piece installation named "armour boys" by laura ford, a british sculptor. in the above picture you can see 3 of them, including the one you saw in close up yesterday. (to the far right you see tim and his father). it is no longer on view at the museum grounds, i just saw on the website.
but... the sculpture references child soldiers and the practice of sending men and women, in the prime of their youth, to fight and potentially die in battle. the artist herself cites a film depicting the death of a Palestinian child as inspiration for armour boys, and is sensitive to the fact that children are all-too-often the unfortunate casualties of war (you can read it all here).
i do miss going to this museum! their exhibitions changed often and the sculpture park was very nice too....
Tweet
Pin It
Labels: driving around boston, museum
Posted by CaT at 4:47 PM

Tim and you both took nice photos of the Decordova. I used to visit that museum when I lived in Boston, but that was a loooooong time ago.

What a great park and I like the art put on the feet of the trees.

Really interesting park, with laying soldiers. And the place is so beautiful with falling leaves and light..

This is especially effective in autumn. And also sad.