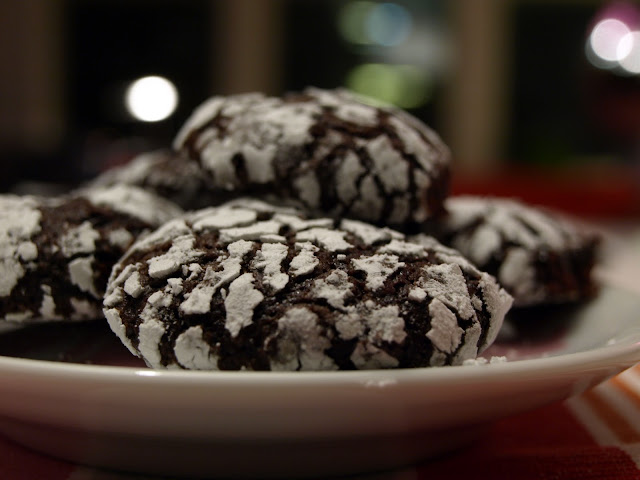 currently, im a little into baking. actually, i always like to make stuff from the oven (thats why i bought a fancy oven in the netherlands, thats not here with me, buuuuhh), but recently im trying a lot of new recipes. i dont know whether fellow scientists agree, but i think cooking is like doing an experiment in the lab. differences being that in the lab you usually do not (or should not) want to touch the stuff you are dealing with, defenitely you dont want to taste it, and more often than not it smells bad. i would even go so far that when it smells good in the lab, you most likely did something wrong. for example, you heated that high-sugar solution a little too long, and it turned into caramel. while that may be a good thing in the kitchen, it for sure isnt in the lab... :) (tim experienced that recently, and didnt touch the autoclave ever since...). other than that, its the same. you mix stuff, you wait a little here and there, you heat or cool, and in the end you have a result thats either good or bad (although bad in the lab not necessarily means you failed, it could mean the result is different from what you expected, while in the kitchen...). what i dont like about recipes for cooking is that they always list the amounts of the ingredients at the top, and in the directions they only mention the ingredients, not how much. in a labprotocol (at least in mine), i never list them all on top, but you just take what you need as you go through the experiment. thats just a minor detail (although it really annoys me a lot!! haha).  just as in the kitchen, you have all the ingredients standing around somewhere (but sometimes you have to go to a colleague to borrow that cup of sugar.... )
just by accident i stumbled upon this amazing cooking website a few weeks ago, and since then i made several of the dishes (mostly the cakes and stuff). its interesting, here in the us they cook by measuring out cups and table- and teaspoons, while back home i was used to measure grams with a scale. so for some of the first recipes i followed here, i converted the cups back to grams. but... working with cups is sooo much easier and faster than measuring everything out on a scale! that took me a little while, i have to admit, since i felt that taking cups and tablespoons was not "very precise" (nor scientific... ). moreover, you cannot just convert cups back to grams, as a cup of sugar is heavier than a cup of butter, for example.
so, i also made the abovepictured cookies, which were really easy to make, and they are soooo pretty!! they look quite like the picture on the site (which is not always the case). oh, and tim likes them a lot.... :)
Tweet
Pin It
Labels: CaT, food, home, lab, tim, work
Posted by CaT at 11:41 PM

It looks really great! Funny the comparison with your lab-work, I think you are right. You have to mix things and wait for the result. I don't bake so much anymore since we had a new stove and the results of the oven were not that I was used to.

On my way right now!

These cookies look wonderful! I took a couple of cooking classes from a teacher who was a professional baker. She used weights for most of the ingredients (like flour), not cups and such, though she converted her recipes for us because that is what we were used to. I've found since then I prefer recipes that call for weights (and I have a decent digital scale). I don't suppose that will make me anything closer to a scientist, though. That is definitely not a strong area for me! (How was your experiment with eggnog and coffee?)

@bieb; i really had to get used to the oven here. its very different. and i still dont trust it entirely. certainly not for the dutch recipes im making here. but for the american ones it turned out to be right.. :) (and the fahrenheit is difficult for me)

@kay the eggnog and coffee still has to be performed, i hope tonight!

at home i dont have a digital scale, only a very cheap one from ikea, so therefore i now prefer the cups as i think its more precise than that scale (and just easier).

@nellies: well, the cookies are really easy to make! and its not that i dislike chocolate, but i dont really eat it like that either, i prefer it in cookies, or cake, for example.. :)