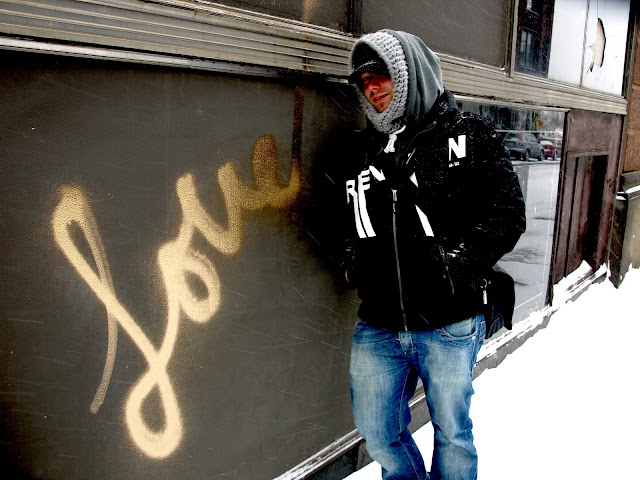 and its not even a mural... but this is all i got right now. im a little lazy! saw it and ignored it, in boston's chinatown, but then tim said; hey, hey! and well... i took the picture... :)
tomorrow is valentine's day. signs of that are everywhere; the office at our apartment complex asked all residents to pick up their delivered packages as they kept coming in, taking up all the space. shops have entire aisles just for chocolate and other red/heart-shaped candy (they started that beginning of january, some even earlier). and even tonight, at the supermarket one of the employees went crazy over the intercom; "we have roses here, a dozen, they are so cheap, cheaper than anywhere else! we men are in the doghouse, so be her hero, bring her roses. buy some nice chocolate. now do it, really, and here is the place to do it. do your shopping, and get the roses too. and some candy. and since its cheap... you dont even have to spend a lot of money. dont you want to get out of that doghouse... " it went on, and on and on...  (a youtube video about the doghouse (had never heard it before); its rather funny, but a bit long....).
in the netherlands, valentine's day is not that big (pfew), but here it seems really important...
for some real murals, go here!
Tweet
Pin It
Labels: boston streets, graffiti, posing for me, snow, tim
Posted by CaT at 11:36 PM

Tim looks like he's really, really cold even though he's trying to feel the love. Cheesy or not, you get to decide what's a mural. Happy to have you on board Monday Mural this week.

A very sweet photo, of your sweetheart Tim. Didn't have a mural too this week. All the Valentine blogs are not so interesting today, as you mentioned it is not a big issue here, but commerce is trying and trying to promote it although it doesn't really helps I think.

Love(ly) picture . Nothing to do with Valentine I guess.

That's a great portrait and not as cheesy as a lot of Valentine's goo. It's a wonderful post for V-Day!

Cheesy is good :-)
Hope you had a wonderful Valentine's Day!