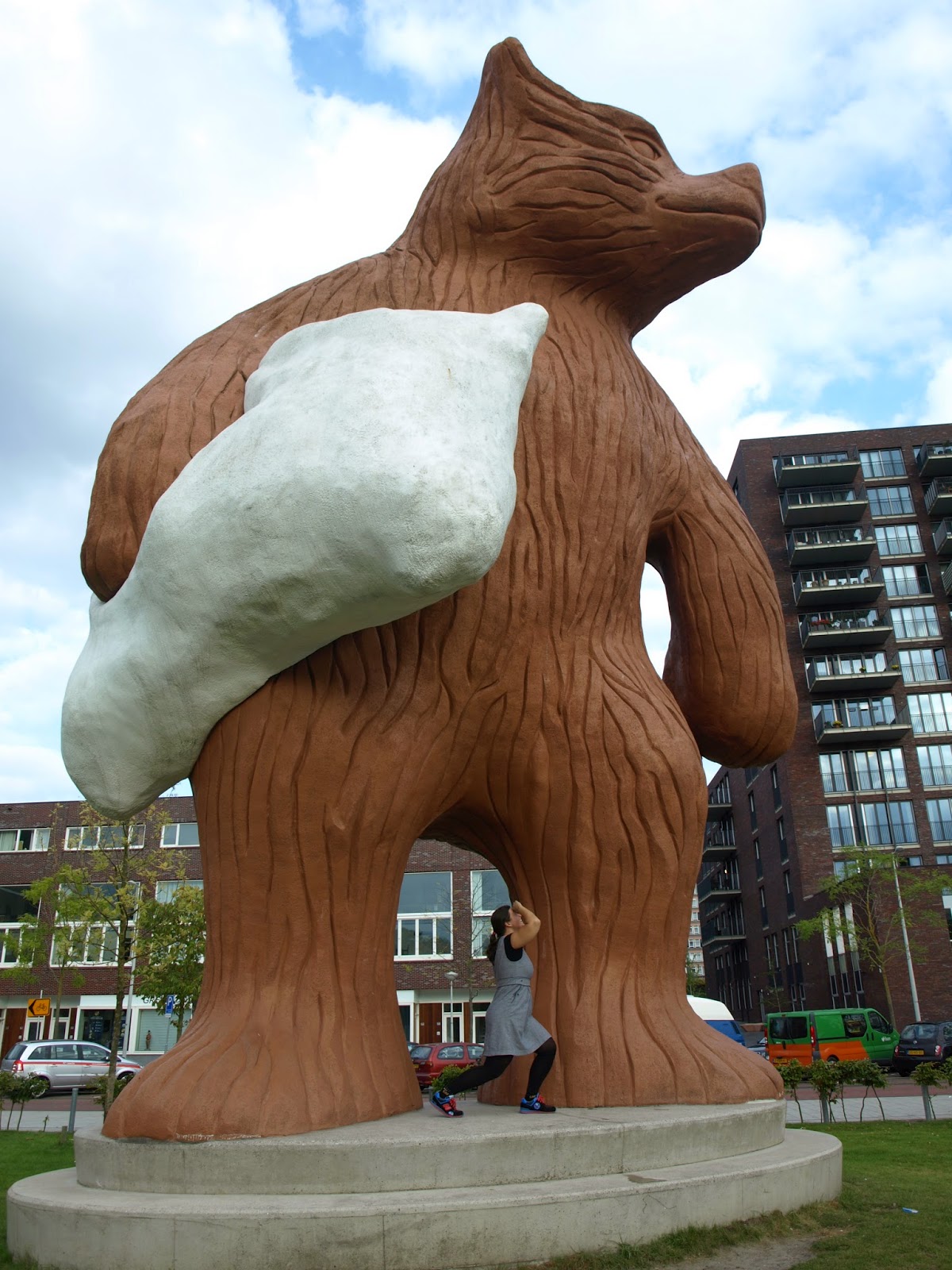 ah, and me. lunging.... :) after a day of biking through amsterdam (where we passed lunging rembrandt, the fancy gym, the meadows and the marathon, i.e. nearly all my recent posts), we wanted to finally go home. not too far from our place was some roadwork and we had to take a detour. suddenly we faced a giant bear at a rather tiny playing field..... of course we had to stop again so i could take some pictures! (well, tim in this case...)
this bear made of concrete is 11 metres tall.... its called "staalman" (literally its "steel man", as staalmanplein is the name of the square), and is standing there since 2011. the buildings around the square were all recently built. the little park at the feet of the bear was co-designed by the kids in the neighborhood. one of their requests was a sculpture. they asked the dutch artist florentijn hofman (hes responsible for the giant floating duck and other giant sculptures around the world), and together they choose a bear. with a pillow under its arm. the pillow symbolizes bedtime; children should goto bed on time instead of being out on the street till late, so they are well rested again the next day. moreover, the pillow represents moving houses; all the people in the neighborhood had to literally take their pillows and leave their old houses for the new ones to be built....
Tweet
Pin It
Labels: amsterdam streets, art, bike, CaT
Posted by CaT at 4:15 PM

Wow! This is quite a bear. The pillow symbolism is hard to unravel . . . I'm glad you did so for me.

Lunging? I remember Tim and Rembrandt. But, I don't see lunging as a trend I plan on taking up.

That is quite a bear, I like those huge toys the artist makes.

I like the bear, and it looks more distinctive than a classic teddy.
You may have a long road ahead before you successfully start a lunging trend.