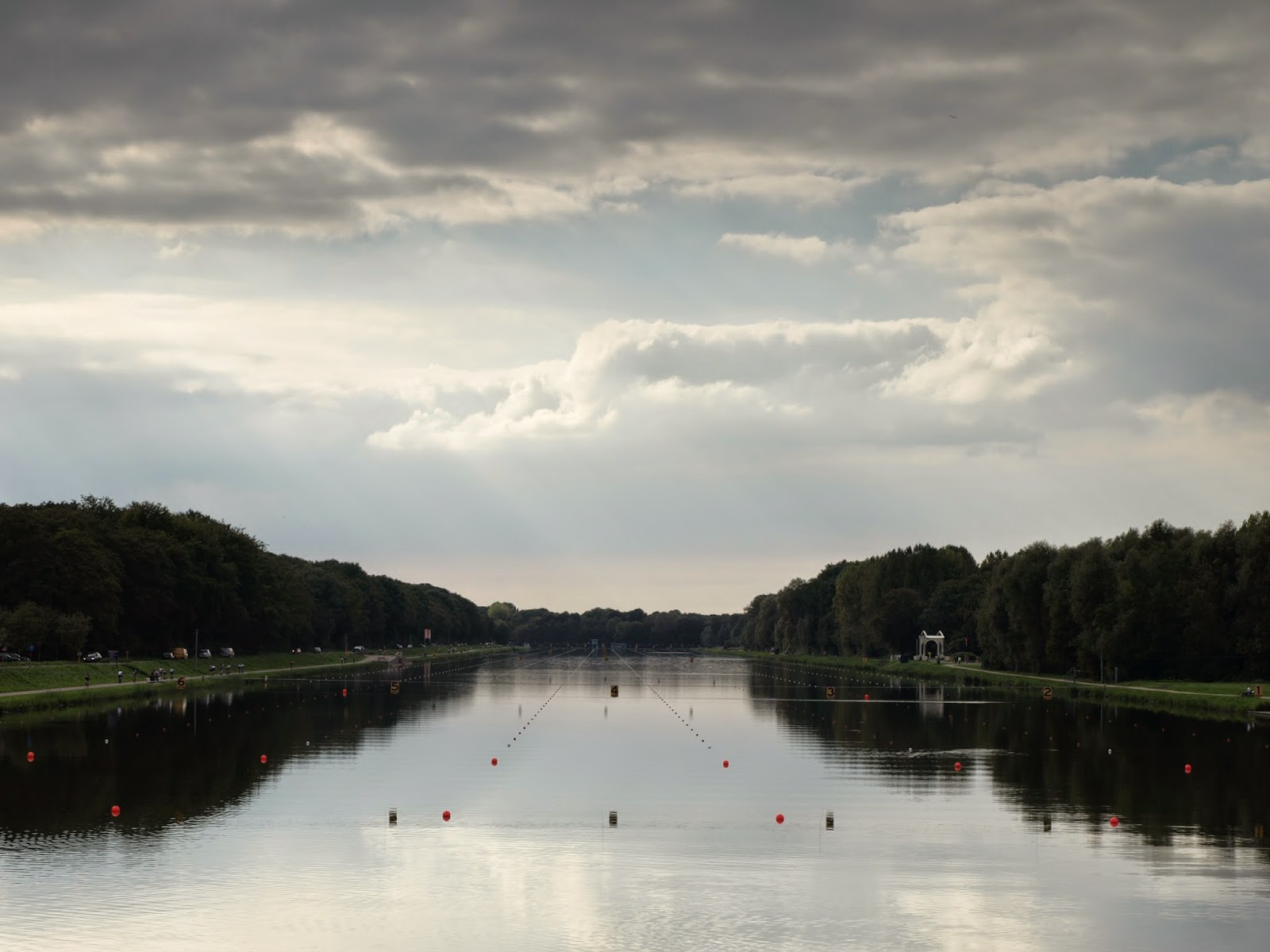 this is in the amsterdam forest (het amsterdamse bos). it is called "the bosbaan"  and is a rowing lake. but its used for swimming too.... when we were there, again a few weeks back, we stumbled upon the triathlon. well, it was 1/8 of a triathlon (i think). they had to swim 750 metres, then bike 20 km, and run 5 km. when a pool of swimmers was released, the water was not this calm, but soon after it become sleek like above.... watching this all made both me and tim sort of wanting to join as well. but we dont have wetsuits (it wasnt cold, so i dont think it was needed), and we also dont have fancy bikese... would a normal dutch bike suffice as well? then i would try... but all the contestants had fancy bikes and helmets (and some a big beer belly; that convinced me i could join as well!). some would come out of the water and jump right on their bikes. others would change (some would even strip completely). some were in a hurry, others first dried themselves before putting on their next set of clothes. same when to returned for their run... quite interesting to see.....!
Tweet
Pin It
Labels: amsterdam
Posted by CaT at 4:32 PM

It's a beautiful nature scene. You were kind not to take photos of the participants, but i would have liked to see some of the activities you describe.

That is long ago I have seen the "Bosbaan", nice photo. We have had many triathlons here in Almere. As a matter of fact we had the first one in the eighties. We thought the participants were crazy to do all that stuff in one day. I got tired already of just looking at it. The first triathlon here was not that professional yet at that time, one person even cycled on a normal black "herenrijwiel"!

Triathlons seem like very hard work. I'm not sure I would survive one!

I had seen the Capri poster on a dealer's website before I went on the recent trip. I waited until I returned before ordering it. (I wanted to be sure I liked Capri, which I did.) I already have four other vintage travel posters from the 1920s (Mont St. Michel, Lake Como, Egypt and South Africa) and I have a space in the hall leading to guest rooms where Capri fits perfectly.