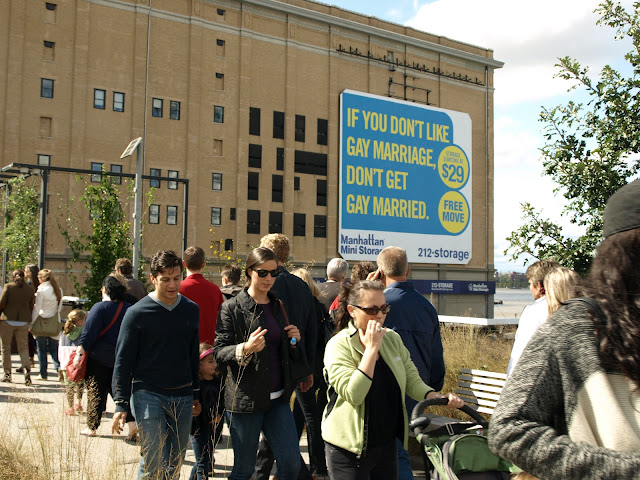 i still dont get what the above message has to do with the particular company, i.e. storage, but.... the message is very true. and i guess, taken broadly, it represents one of the things dutch people value very much; do whatever you want to do, as long as it doesnt bother me. which leads me to another dutch trait i like; they are far more direct than for example americans. no "excuse me" in the netherlands; if you block someone's way, they will just say "i need to pass" ("ik wil erlangs"), or even "get out of my way" ("opzij"), and thats not necessarily meant rude, while the american "excuse me" is intended to be polite, but almost always sounds very rude to me (but that could very well just be me! i so far have never managed to say "excuse me" even in situations where it would be the only way to get someone out of my way. i just cant get these words out of my mouth).
anyways, i actually wanted to write about something else! we just found out that rick santorum, still in the race to become the republican presidential candidate, has made up some disturbing "facts" about the netherlands. according to him, 10% of all deaths in the netherlands are due to euthanasia, and 5% of these are involuntarily. because of that, he has said, dutch elderly generally wear a bracelet to let health care workers know that they do not wish to be euthanized, and many of them seek health care outside the netherlands as they are afraid to never leave the hospital again, but in a coffin. here you can watch what a more sane american has to say about this (she also invited a dutch reporter). and here you can see what rick santorum's press secretary has to say to the (same) dutch reporter when asked about his ridiculous and untrue claims (it also shows what santorum said in 2009 about this).
sometimes this country and some of their people really freak me out. once again, this man, or should i say lunatic, is in the race to become a presidential candidate, and thus intends to rule this country! how is it possible that a man with very twisted ideas and values has come this far? or can repeatedly say flat out lies about a country i doubt he ever visited? what else does he make up? america, the land of the free and home to the brave... are you kidding me..?
perhaps santorum should get the above sign in his office, so that every now and then he can ponder about it. maybe one day it would make him realize that just because he doesnt like something, he should forbid others to do so.... ?
Tweet
Pin It
Labels: frustration, new york, news, the netherlands, weird sign
Posted by CaT at 12:18 AM

That man is crazy and his press officer just knows one line to say about it. If he will be the next president, americans have to look at themselves what they have chosen for. Do they have comon sense overthere? By the way I don't understand the sign either.

I would say the sponsor of the sign is either gay or knows someone that is.
American politics... I just don't understand it.

The billboards from Manhattan Storage always make me laugh, I have no idea either what they have to do with the business, but they do succeed in getting attention so they probably work. Even though they have got nothing to do with storage, most of the time. Here you can see a selection of their past billboards: http://www.adweek.com/adfreak/manhattan-mini-storage-insults-half-nyc-126902

if it weren't for the material the Republican Party provides for Jon Stewart the whole sorry mess would make you weep.

It's truly disturbing that anyone would support the likes of Santorum.

I'm still utterly amazed that Bush was "elected" the first time. And now we have politicans saying anything they want because there are people who will believe it. It's not politics, it's manipulation. What is most worrisome is that people are so ready to believe anything; there's no critical thinking.

and excellent point kay... some (many?) people will just believe what politicians say, because they are smart and all... and that is just scary. if he already makes up stories about other countries to make a point... what else?!

i also think its stupid the dutch embassy refused to comment... what if, if if, he does become president?! will they still refrain from commenting? or..?