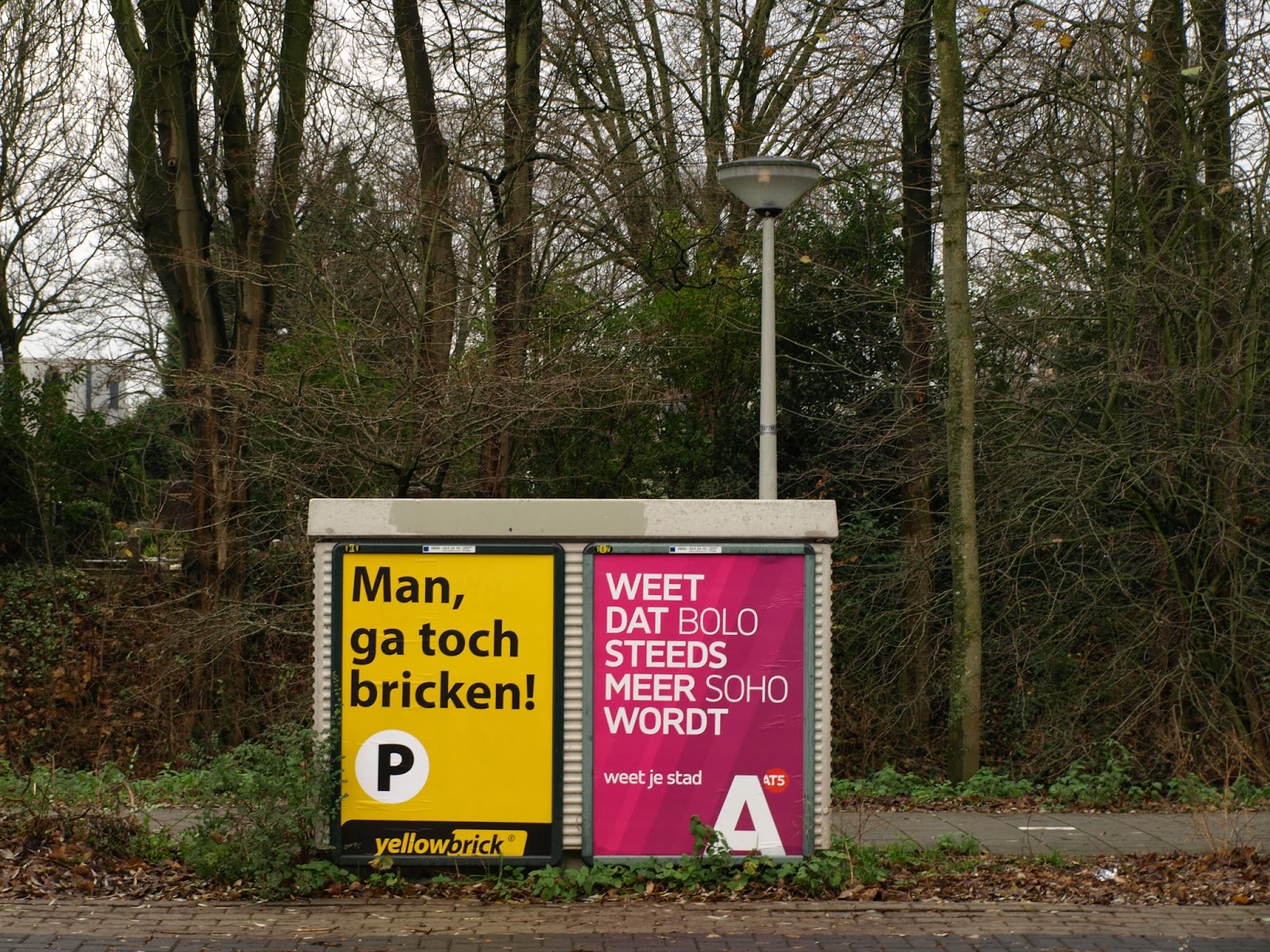 as i was writing this post yesterday i got so bored by it, that i forgot to post it! its still boring, but now i post it anyways... :D
see the grey in this picture? thats the dutch weather. mix it with some wind and lots of rain.... its not cold, but neither is it pleasant. it rained a lot today, just as it did yesterday, and i think the day before that...
i took this picture for the pink poster. it says "know that BOLO is more and more becoming SOHO", indicating that BOLO (the neighborhood that we live in, its an abbreviation for bos en lommer, as i wrote previously) is becoming a cool place to be/live, just like SOHO in new york. i can imagine it once happening, but not yet.... in our street they are renovating several old apartment blocks and selling them for too muchh money; previously they were cheap, badly maintained, crappy apartments (just like ours). so yes, i guess they do that to try and turn it a bit into SOHO here. this poster is for the local television station "AT5", apparently they are not doing well and need more viewers. we havent had a tv in almost 4 years now, but i actually liked to watch the local amsterdam news. when looking up more about this particular advertisement, i stumbled upon a blog that discusses the lower "sentence"; "weet je stad". translated literally, it says "know your city". i guess i did just that and didnt think about the bad dutch. in dutch its not a sentence at all, indeed! it should be "ken je stad". now, there is also a blog called "bolo boost", which is reporting about anything cool/interesting etc happening in our neighborhood.
now, i know nothing about the yellow ad. its something about parking and "man, go bricken". i have no clue what "bricken" is, and im sure this post would be even more boring if i would go and find out....